This office redevelopment comprises of two blocks.  The southern block is 3 stories’ in height with the northern block 5 storeys.  Both are situated above a basement car park serving the entire building.  The site is bounded to the East and West by existing Georgian houses, to the South by Pembroke Road and to the North by Baggot Lane.  The existing building was constructed as a concrete framed structure with block and beam floors throughout. The proposed refurbishment of this building required the demolition of all existing concrete columns to each elevation of the Southern Block to accommodate the proposed architectural layout.  These floors required significant temporary works to prop the floors on all levels whilst steel columns were introduced in new positions.

Two existing stair cores were demolished and replaced with new stairs re-positioned elsewhere within the building.  A third stair core to the North of Block B was extended on all levels.  The roof was also strengthened with a series of steel beams to accommodate an increase in plant load.  At basement level, new foul and surface water systems were designed in line with SUDS requirements.  This included the provision of rainwater harvesting tanks and attenuation tanks beneath a new concrete car park slab. 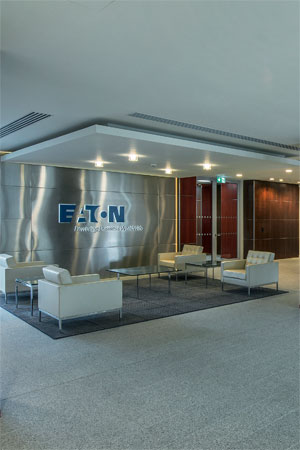